The word OTP has become very common in conversations regarding the security of online systems.

OTPs (One-time Passwords) are unique passwords that can only be used once. They’re disposed of immediately after their one-time validity expires.

Speaking of the regular passwords, did you know that the most popular password in use today is “123456”?

It is used by a holy 17% of the Internet population. You must already see the problem with static passwords.

But with the vast amount of data online and the unlimited stack of resources in the hands of hackers, the security of your projects has never been more important.

What does OTP mean?

What is the one-time password? To answer that, let’s see how regular password systems work: During signups, users create their passwords which they’ll have to memorize.

OTP systems are a little different. As the name would suggest, One-time passwords are a series of characters (letters or numbers) that are auto-generated and only used once for a single login session or transaction. This means users don’t own the passwords. “20129” is an example of a one-time password.

At sign-up pages, OTP systems automatically generate short passwords (passcodes) that are sent to users by email or text messages — with the help of white label SMS platforms. Users are expected to read and type in these passwords to confirm their identities. This shields your systems from regular hacking techniques like phishing, password sniffing, man-in-the-middle attacks, and even replay attacks.OTPs can be used in combination with static password systems, where they enable multiple-factor authentication for your websites and add another layer of security.

With multi-factor authentication, your password and username are not sufficient. The one-time shortcode is instantly sent to you via email or SMS, requesting you to further confirm your identity.

OTPs are safer and better because:

How do One-Time Passwords work?

OTP systems function based on shared secrets between the user’s app or website and the authentication server. Basically, when an unauthenticated user attempts to access the system, an authentication protocol on the network server automatically generates a series of characters or numbers (shared secrets). The protocol does so using one-time password hash algorithms.

How to generate one-time passwords?

Apps that use OTP rely on a PIN and a microprocessor-based smartcard called a token to generate the numeric or alphanumeric one-time passwords.

What is OTP verification? The actual numbers or characters of the one-time passwords are generated using the Hashed Message Authentication Code algorithm, together with a variable parameter. Such parameters could be:

The OTP values have timestamps that last for seconds or minutes for greater security. The one-time password is sent to the user trying to gain access to the system. The same number and OTP generation algorithm are used by the security token on the smart card to match and validate the one-time password and the user.

If you’re logging into an online system that requires a one-time password (OTP), you will be sent the OTP via an SMS gateway (text messaging), by email, or through a dedicated application.

Since the start of 2017, Hackers have published about 555 million stolen passwords on the dark web, according to Cnet. Password theft is a huge weakness of static password systems. With one-time passwords, users have no ownership and so theft is almost impossible. How do you steal a password that is automatically generated at sign-up and only lasts 60 seconds to a few minutes? Really hard!

As we’ve seen already, OTPs have a short life span ranging from a few seconds to a few minutes. Common attacks like phishing and password sniffing are really difficult to pull off on systems that have OTPs.

Strong passwords and good password habits are already a big problem for hackers. When you add an extra layer of security in addition to the password and the usernames, it presents a bigger challenge for hackers.  2 Factor authentication basically asks the question: “Are you who you say you are?”

Passwords like “abc123”, “Password”, “123456”, etc. are the most common passwords used by a whopping 24% of Americans. Weak and common passwords are a big problem for static password systems. A problem that OTPs have been able to fix. That extra layer of security with the OTPs ensures that your identity can’t be easily stolen. Do well to practice all good password habits regardless.

Want to know more about 2FA?

Leave your email and we will send you top news on this!

Which big fishes have it

OTPs are generally used by brands that deal with sensitive user data. Some of these include

You must be wondering: “How do I get OTP verification for my app?”

OTP implementation is possible with several different technologies. Each technique brings its own trade-offs in terms of security, convenience, cost, and accuracy. The most common options are

Grid cards are credit card-sized plastic cards that fit into the user’s wallets. Printed on these cards are security grids (a matrix of random numbers and letters marked in rows and columns). The security grids can be used for SMS two-factor authentication.

How? Security grids can be auto-generated and sent confidentially to the users by email or SMS.  Users then enter these numbers as one-time passwords, to identify themselves on systems that use this technology.

How does the OTP token work?

Security tokens are hardware devices capable of generating one-time passwords for security systems. Some of these tokens are PIN protected, assuring an extra level of security.

PKI technology provides one of the most comprehensive security with 2-factor authentication (2FA). In other words, they’re a more complex alternative to OTP systems.

PKI’s are also the most difficult mechanisms to implement, given the lack of corporate expertise in the technology. Certain vendors are offering a PKI-based solution as a service where enterprises don’t need to bother about key management.

OTPs are here to stay because they guarantee security in a way that static systems can’t.

Regardless of what technologies you choose for your projects, you will absolutely need an email or text messaging service that takes privacy and security very seriously. Get in touch with the BSG for all your messaging services/OTP needs. 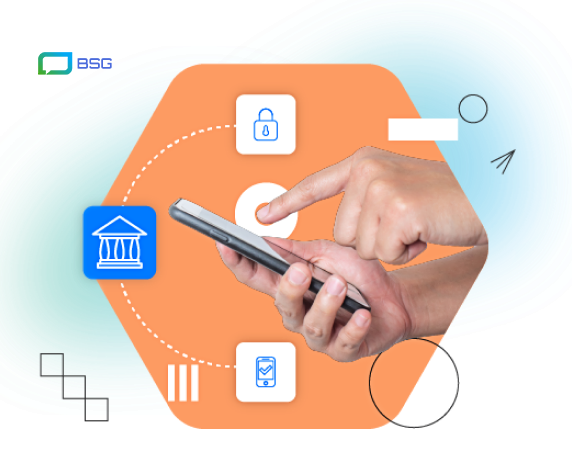 2FA 12 minutes to read What is Two-Factor Authentication (2FA), and How Does It Work?
The theft and use of personal data have become an absolute disaster. Hackers use the...

We use cookies (and other similar technologies) to collect data to improve your experience on our site. By using our website, you’re agreeing to the collection of data as described in our Website Data Collection Policy.